How Do I Help People Tell Me Their Story? 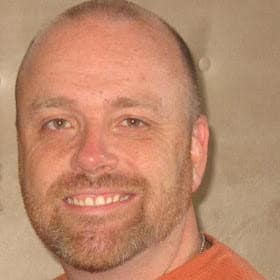 So you want to have a conversation about spiritual things with your friend. This is a significant step of faith. But how do you make it a two-way conversation?

You’re convinced that telling your personal story is a powerful way to demonstrate the gospel. But how do you get your friend to a place where he feels comfortable telling you his story too?

The answer is all about trust. Easy to say — harder to build.

I’m a journalist with 20 years of experience and nearly half a decade spent in communications for a homeless outreach. My career has depended on getting people to talk. I need them to tell me their dreams and fears and personal stories.

Here are three simple tips I’ve learned about helping others share their stories with me.

1. Provide an Invitation to Tell Their Story

I had known Jason for several months. He was a homeless man living in our residential program and we talked nearly every day at my office. I told him I wanted to hear his personal story someday, but I left it there.

I never gave him a specific opportunity to tell me his story. Not surprisingly, that conversation never happened — until last week.

Why? I finally asked him what happened before I met him. I invited him to tell me his story.

Christians aren’t the only people who take steps of faith.

Learning to trust a Christian is often a major step of faith on a person’s journey towards becoming a Christian. Relationships require trust, and that involves taking risks.

So I gave Jason a specific opportunity — in a safe environment — to take a step of faith with me.

He walked into my office and just sat down, already talking. He revealed what had brought him to this point in his life, and admitted the parts he doesn’t often tell people.

Information and emotion fell out of him all at once, as if he’d been waiting for me to ask.

People want to be known, but to be known they must first feel safe. Many people will choose to remain unknown rather than face rejection.

I was a young journalist writing a story about Vince, a missionary who worked with teenagers. His world was full of high schools and hormones and pizza. I hoped to capture first-hand stories about why he succeeded at his job.

However, I needed Vince to explain it in his own words. He was too humble to say anything worth quoting. That is, until I asked him about the chain hanging around his neck.

I initially felt awkward. Was this question too personal? Was I making something out of nothing?

I noticed that Vince didn’t wear jewelry, so the small metal chain seemed out of place. Why was he wearing a dog tag, even though he wasn’t in the military?

Eventually, I asked him to tell me about his necklace. I gave him a place to begin telling his story.

The necklace was in fact a red, military-style dog tag on the end of a beaded chain. He explained that just as soldiers wear dog tags so their bodies can be identified, he wore his tag to remind him of his true identity: he’s the property of Jesus Christ.

His answer unlocked all kinds of great stuff about how he saw himself. My question allowed Vince to explain to me, in story-filled language, what he taught teenagers about God and life and relationships.

I discovered Vince’s story because I asked him a specific question about something I observed.

I gave him a starting place — the necklace — and in response, he opened up.

Journalists consider it a cardinal sin to take someone at his or her word. A person’s first answer is rarely the whole story.

One Pulitzer Prize-winning journalist told me about an absolute rule she created for every interview question that she asks: she must respond to her subject’s answer with five follow-up questions.

“You get your best stuff when you’re forced to ask, ‘Really?’ or ‘Would you tell me more?’” she said.

After you ask someone a question, listen carefully to the answer. Then offer a follow-up question. Let your curiosity communicate how much you care about your friend. Take a step of faith and ask something else. Anything.

It’s important to remember: this isn’t a game or a race. You’re not trying to manipulate someone into confessing anything. You are demonstrating genuine interest in this person and a desire to go deeper in this relationship.

There’s no badge of honor for getting someone to over-share.

No, this is about trust. Hearing someone’s story can uncover fertile ground for you to share more about the One who changed your life forever.

Hearing someone’s story opens holy ground, where God is already at work. So tread with respect, and honor what you hear.

Don’t rush past the details someone shares with you. It’s a rare privilege to hear inside another person’s soul. Once you learn how to listen, you might hear a cry for truth or hope.

If you’ve taken the time to listen and learn another person’s story, you’re far more likely to say something the other person is ready to hear.

Because you yourself long for truth and hope, you’ll recognize that cry in someone else’s heart when you hear it.

So why don’t you create a step of faith in MissionHub to ask one of the people you’re focusing on to tell you more of his or her story this week?

What If This Is Your Year of Living Neighborly?

What Does It Take for Someone to Come to Faith?

Why is Demonstrating the Gospel a Community Thing?

Erik Segalini has traveled the world listening to people’s stories. Though he’s paddled a dragon boat, jumped off a cliff in Norway and hiked the Camino de Santiago, his happy place is a bookstore.