How Do I Reach Across Ethnic and Racial Barriers? 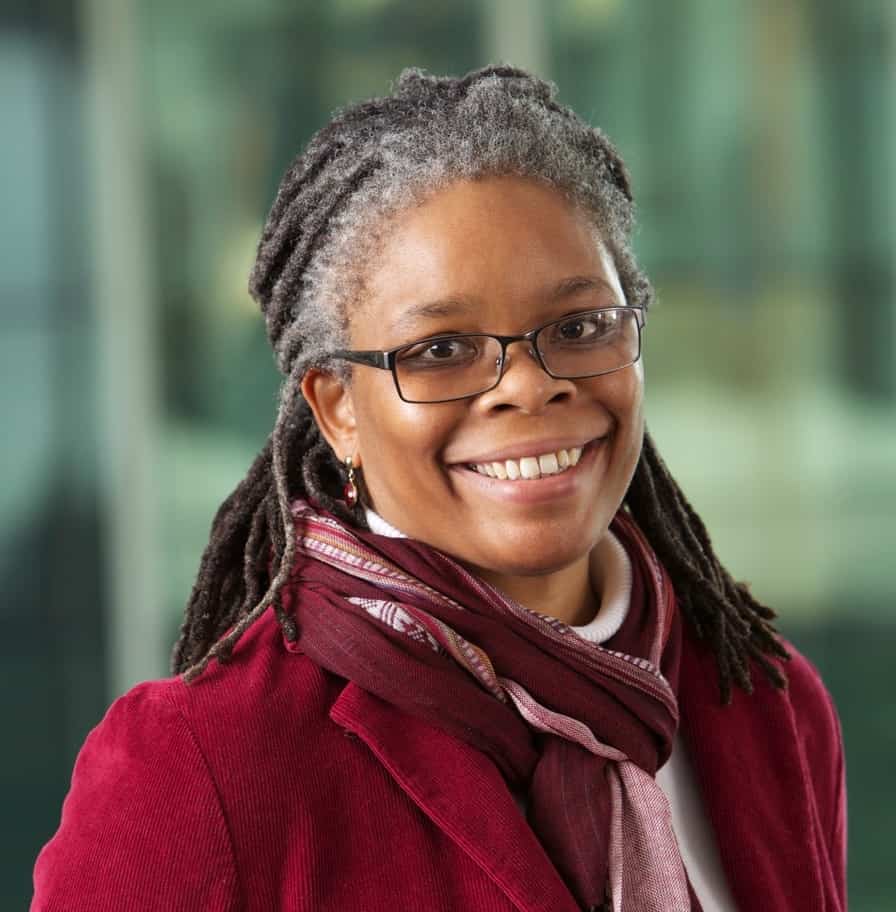 Do you remember the only time the Bible records Jesus healing someone in stages? It took two separate actions. And it got kind of messy.

I believe this story provides insight into the way people of different races can relate to one another in America today. It suggests steps we can take to reach across racial and ethnic barriers. It’s about thinking in stages.

But first, the story.

In Mark 8, folks brought a blind man to Jesus. Let’s call the man All-of-us. They asked Jesus to touch Allofus so he would see again.

After the saliva thing, Jesus asked Allofus if he saw anything. He replied that he saw people, but they looked blurry, like trees walking. It took Jesus laying on His hands again before Allofus could clearly see the moving objects as men.

This beautiful story intrigues me because the healing happened in stages. I’m intrigued that Allofus couldn’t see people clearly.

How Do We Really See People?

I teach medical and nursing school faculty and students about an idea called “implicit bias.” Medical professionals can look straight at people, and yet in an instant, subconsciously, completely mis-assess who they are, what their character is, and what their motivations are. That’s one form of implicit bias. How we see people of others races and ethnicities is another.

So let’s define what we mean when we talk about implicit bias.

The Kirwin Institute at Ohio State University defines implicit bias as “these biases, which encompass both favorable and unfavorable assessments, [that] are activated involuntarily and without an individual’s awareness or control.”

Implicit bias is created in part by long-standing racial stereotypes. An incomplete, often sanitized reading of U.S. history, adds to the problem. It’s a reading that doesn’t explicitly detail how we got to this point of entrenched cross-racial awkwardness, tension and inequality.

You can think of yourself as basically a good and fair person, a practicing Christian even, and still have these biases reside deep within you. I believe the story of the healing of Allofus tells us about Jesus’ willingness to work in stages, or steps, on issues of how we see and value people.

So, let’s think about some of the steps involved in reaching across racial and ethnic barriers with the people in our own lives.

Step of Faith #1 — Don’t Hide From Our History

At no point in my life has it been more important to get this straight in the United States. Think about the divides that have surfaced between us. As followers of Jesus, we urgently need to see each person and his or her individual value the way Jesus does.

This requires humbling ourselves. It means admitting we can’t always see each other clearly, the way Jesus wants us to. It means letting Jesus help us recognize and lay aside our bias. Only then can we truly move toward others who are different from us, instead of pushing them away. Only then can we move toward others and have them feel safe enough not to push us away.

We need to be curious about one another’s histories. Those histories are there anyway, shaping the relationship, whether we verbalize them or not. We must be willing to ask the questions that draw out open conversations, with the love, timing, and patience of the Holy Spirit. This includes patience with ourselves when it gets messy or when we unintentionally make it messy.

Pause for a moment and ask yourself this question:

How does my personal history shape the way I relate to people of different racial identities?

Our nation’s history and racial inequalities can make us squirm and feel guilty. It can end conversations and even relationships. We might say: “We didn’t create those inequalities. We’re really sorry, but we don’t see what that has to do with sharing the gospel today. Why can’t we all just set aside our ethnic and racial barriers to connect with our neighbors?”

What I can tell you from my own experience is that some of us are still living daily with the negative consequences of our nation’s history. To not have to think about this or negotiate issues of race often — or even every day — is a kind of privilege.

So maybe the first step of faith for some of us is being willing to acknowledge the elephant in the room.

Think about a relationship you have where this issue might be an undercurrent.

Can you create a step of faith that involves finding a way to address this subject, rather than pretending it doesn’t or shouldn’t have any effect on your friendship? Can you simply listen and not debate or immediately add to the response?

Step of Faith #2 — Take a Field Trip to the Past

I once took my University of California Davis students to Locke, California, about 30 minutes from Sacramento. Locke is the only town in the U.S. built by the Chinese for the Chinese.

Founded in 1926, Locke’s Chinese school was where the children spent their afternoons learning Chinese. Some of their parents feared the children might be arrested as undocumented farm laborers and deported back to China before they could return home from the fields in the evening. So, they needed to know their children could survive in China if they were ever separated from them.

The Chinese became a cheap but expendable labor source. Their humanity was obscured because they were not considered one of us, despite being desperately needed by us. Chinese immigrants helped build the Central Pacific Railroad and literally dug the Sacramento Delta’s system of levees. Their effort created one of the most productive agricultural regions of the world.

We feel the benefit of their hard work today, whether or not we acknowledge it.

Yet from the late 1800s through the early 1900s, a racist ideology collectively referred to Asian immigrants to Europe, Canada, Australia and the U.S. as the “Yellow Peril.” In fact, the U.S. Border Control was created in 1924 in large part to keep Chinese and other Asian people from entering the United States. The hurtful things said about refugees today were said of the Chinese during that time.

The sense of fear we feel about people of other racial backgrounds is not a recent thing. Spending time understanding our history can inform the way we relate to the people we live, work, play and worship alongside. But we need to ask Jesus to help us see people clearly, just as the blind man finally did. Join me in saying, “I need to see more clearly. Jesus, help me see.”

How can you make space to learn about the history of people of different racial backgrounds?

Identify someone in your life who’s from a different racial or ethnic background. Focusing on that person using MissionHub could involve creating a step of faith to learn about the history of people of their race or ethnicity in America.

You don’t have to read a pile of books. Start with an article or a related blog. Think of a question you have and enter it in a search engine.

Step of Faith #3 — The Risk of Reaching Out

One more story. This time it’s a personal one. In the mid-2000s Davis, California — the idyllic college community where I live — suffered a rash of hate crimes committed by teenagers. A local newspaper quoted a pastor minimizing this behavior. So I asked him to publicly state that there was good reason to make a big deal out of this, even as we sought to love the young perpetrators.

I informed this pastor that experts believe that without strong, collective, public rebuke, youths escalate to more serious property damage and physical injury. It was important to not be silent.

Silence from Christians and their leaders is hurtful in a very particular way, as Martin Luther King Jr. highlighted in his “Letter From Birmingham Jail.” Silence ends up being consent.

This well-known pastor I had appealed to replied, “My job is to preach the gospel.”

He was an intellectual. So I handed him a copy of “Divided by Faith” by Emerson and Smith. I explained to him that the authors contend that the evangelical movement’s emphasis on individualism, free will, and personal relationships can obscure the pervasive injustice that perpetuates racial inequality. Then I offered to talk more with him about this.

I never heard back from that pastor.

This pastor was insufficiently concerned by the frightful present history experienced by Black folks in Davis. Black folks including myself. He needed Jesus to open his eyes to the underlying history and validity of our response. I was not successful in inviting him to open his eyes. The church he pastored lost two black families for his failure to publicly acknowledge the presence of our nation’s troubled racial history and its present-day impact on blacks.

The truth is we all need Jesus to touch us and help us see. There are reasons we choose to avoid our common history — past and present. But Jesus offers us a way to be curious, rooted in a bond of peace.

So, as you think about someone you know who seems to be on the other side of a racial barrier from you, you can pray four things I pray for myself:

How All of Us Can Engage with Black History Month

Black History Month is an opportunity to move courageously toward others. It’s a stage, or a step, in a much longer healing process. It’s a time when we can move beyond the sanitized version of our nation’s history that we hope won’t upset any Sunday mornings or small group Bible studies.

We rewrite our story together, healing ourselves and our nation, by this month-long reminder that Black history is American history. And don’t hesitate to move into March doing the same.

We bring credibility to our witness as Christians and we demonstrate the gospel by showing how much we believe Jesus values each life.

So, let’s ask and allow the Holy Spirit to heal us of our personal blindness, of our implicit bias. Let’s ask Him to enable everyone in our nation to see each person here as Jesus does.

Remember, MissionHub is a space where you can create your own steps of faith related to the people in your life. What steps of faith are you going to create for Black History Month?

Why not keep a journal of what you’re learning?

Write down questions you have about these issues. Make a note of people you know who these issues are most relevant for. And remember, not every person of color will have the time, knowledge, or trust to engage directly with you in this process.

But you can still take the first step.

Jann Murray-García is a pediatrician, university professor, newspaper columnist, and activist. When she grows up, she wants to be a writer. She cherishes time with her husband, daughter, son, and the numerous college students they have informally adopted.